Do you have a good fishing life?

It’s been a long time since I’ve been fishing.

Under The Castle of Hidate

The surface of the sea

I feel that the red system aim of winter or the aim of the spring squid can catch about the small tide medium tide of the full month ago.

I don’t know, but it was warm.

I forgot, but I took a day off on Saturday.

Oh, I didn’t go revenge the other day.

I went to Nanki.

For the time being, I would appreciate it if you read the article from the video i’ve been addicted to recently and have you watch it with a pu www

I want to be able to give various things such as the animation and the fishing place guide which i’m fishing and how to tie it in the future.

Just pochit the button below (*?))

If you like, please start with the “here” below.

I went to the YOUTUBE channel and poked the mark of the bell.

I would appreciate it if you could turn on the notification (* 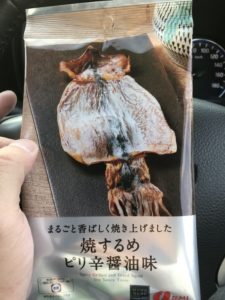 I don’t have any information.

I went to Shihara Iso.

The atmosphere is full, bait is full、、、、

Algae is so-so in the back of the bay.The algae is beginning to run out and it floats a little.

Even if I ask Mr. Yaen, I can only bite him once.

Mr. Yaen is stronger by all means at this time.

No, let’s move on early www

So, I was at a loss whether to move to the south or north.

If we were to bring the second formation, we would 、、、

To the castle of The Hinoki in The Sun.

I don’t know the name of Homma, but it’s under the castle.

I’m going to be very careful here in the morning、、、

Bait has a lot of sardines here, too.

Algae do not grow when you can see it, but it grows on the bottom because it follows when the bottom is sat down.

Reiwa the second shot is also a ???Www

To find out the situation, we checked and went to The Ikoki Fishing Port.

Because it is a shallow fishing port, it makes it to No. 3 and it 、、、it in the direction of shallow.

Loriika is going to you www

I’m going back to the north after all.

So, we went to our new port.

It doesn’t seem to be cut yet.

I’m thinking, from tetra to shakshak

I’m not proud of it, but it was shaktta’s first time in my life.

He’s got a strong face. 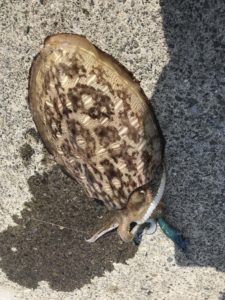 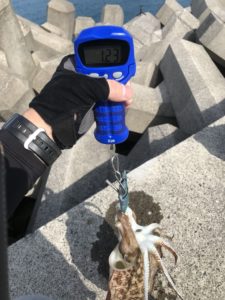 We moved to the seaside iso.

I can definitely hit it here on Saturday.

Still at ten o’clock on Saturday in time.Because it is full,

I’ll sleep until about 13 o’clock. 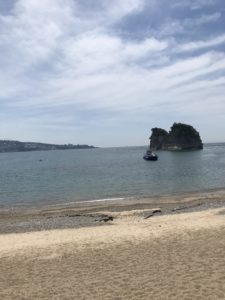 I’m stuck on the bottom of the glass boat.

It is a weather that is good enough to want to monomane of the crash.

I’ve got wader, but it’s a little wet♬

In that, and shaking while soaking a little picapica,

I got a call from a fishing tackle shop.

“I’m sorry to keep you waiting!

I want to go today or tomorrow.

See you next time.

I really want to go to early, but

It is not able to return until it is able to catch aoriika while running north.I was going to do www

There are a lot of algae growing on the bottom of the sea, but i haven’t seen what it is.

Oh, my God!Do you want to go to the party after a long time?

So feel free to go to Cans of Mezuzaki.

The fishing of the first team was good.

The Shirahama Peninsula was also good, but Tanabe and Minabe passed by and reached The Nakaki、、、、

The first white spawning team in the first half of April.

Well, if it’s Akan, my next job starts sunday evening.

Runan until the deep sun www

I was seriously thinking at this point w

Because the wave is messy in the foreground,

Hard to take atari on the line

I put it from and take Atari with a pole,

before eighteen o’clock in the raised 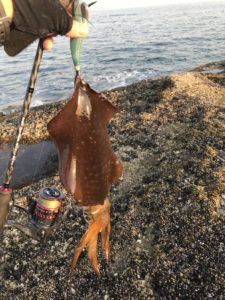 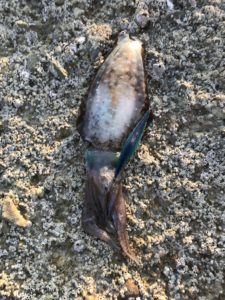 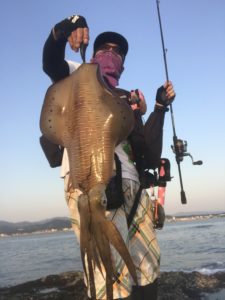 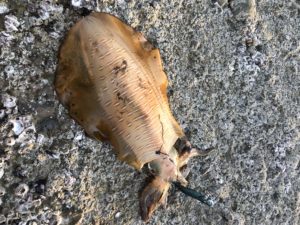 Why don’t you take it for 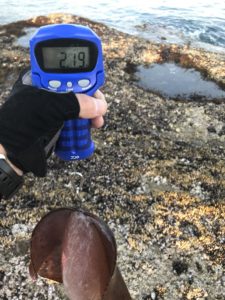 It is a little naughty fellow in the skesuke of blue green.It is. 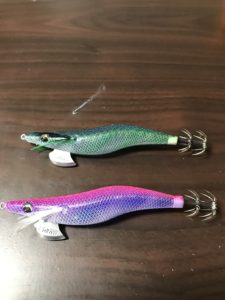 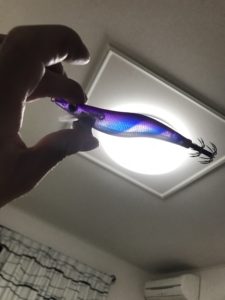 It is a person who does this, but it is skesuke in such a feeling.

I don’t know my real name, so i’ll be back in this

Draw4 blue-green squeaky guy in the shop.You may be able to pass through.

Shanshan, slow down the tempo a little bit.

If egi’s head is down and shaken strongly, it bounces vertically with a feeling of moin.

It shaq shaken after it faces down again and moin.

I was able to catch it when I was doing it by the consciousness of the feeling.The feeling of the video.

(I’m just trying to keep the tempo a little bit more than usual.)

This cheek doesn’t come by the front, and it is easy to make the slug.I’m not)

Ask a good person about fishing, not me www

In, it is lost to Pita and Atari in three cups in these three pitches.

15 minutes is too short www

I think that spring is such a lot.

I want to go get the tiebreaker, too. 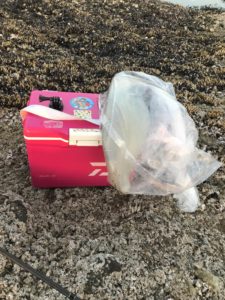 The style that the public feels good www

I’m going home, and i’m not going to get into the cooler.

I went to get a tiebreaker and there were three good things, so I thought I might die seriously.

On the way back, we went to the fishing tackle shop.

“Hey!I’ve waited for a dragonfly!!

Today’s squid is supposed to be caught by you.」

I stare at w while saying to Egi www 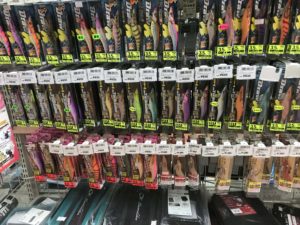 I’m getting the set www

The manager.I don’t always do it.

Maybe in the whole country, i’ve made a reservation maybe i’m the first one www

I’ve been saying about w 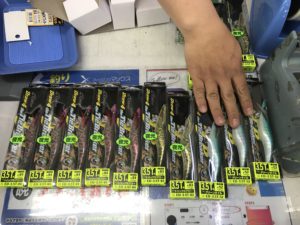 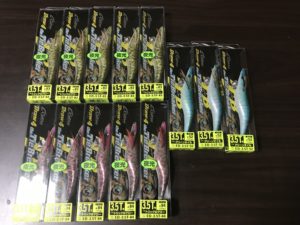 I really want more and more,

It is three colors even if I use it anyway.

When autumn comes, it’s time to go out again. 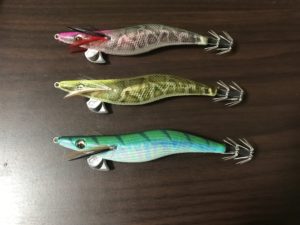 In, it seems to be doing the lottery if I buy something Draw4.

The other day, i pulled it about 20 times and did it.

I didn’t say that the other day.

Is that a sour ness? 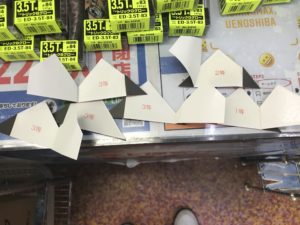 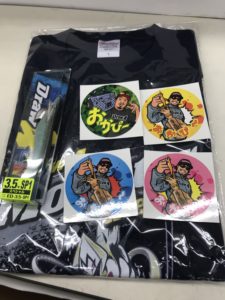 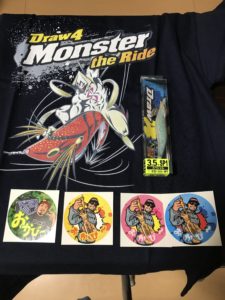 The special color and the T-shirt were hit ;) . 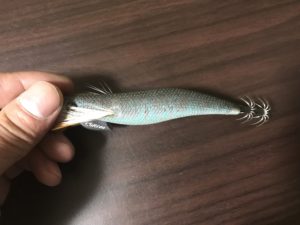 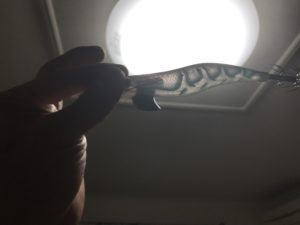 It is the color like the bottle of the squall of the squeak love.(I did not write the name or ww)

This is likely to be able to catch, but I want you to sell it normally, is it useless?(;)

I was able to go home at this time with great pains.

Then, again, the person who is reading the blog visits the store.

“It’s kind of like coming to The North, such as Kiki these days.”

“The other day, i saw it on the blog, and yaen’s old man who was caught next to Egginger 、、、.”

No, it is a person who reads it in the real thing.

After such luck, even if the garlic chip is poured on it in the boiled set meal of a lot of kotteri garlic in tenichi, it dies job.

Garlic is too hard to head and die as it is???

So, I went home with a bottle of about 20 km/h www

A present for a fishing friend 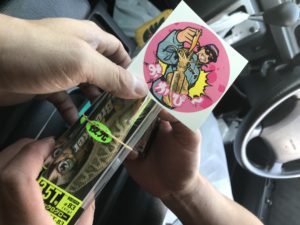 I present two colors of the tiebreaker Jin and one shrimp.

I’m going on something i’m not fishing for from Monday.

Ehime, which has been doing so strong recently, is in Ainan town.

I’ve been tasked with a mission called www

Hope this is w

The next fishing article is sole (*

“The release date of tiebreaker TB has finally come!!Draw4’s narrow type egi, can you still buy」

Impressions of the fishing line

It is the first squid Reiwa finally finally for the time being.

I mean, it’s a slump here and there, “I’m going to be crazy for the rest of my life.”

And I think you’ll understand if you read to the end,

I hit the special color of Draw4 in the lottery,

Summary of The Fishing Line Up Of NankiHaru Squid Egging Eaves

It was a feeling that i was not able to catch somehow, but

I managed to catch the guy who had been playing around.

I’m sorry when 15 minutes was too hard w

Next time I’m going to catch a tiebreaker.

What was the fishing spot you went to this time?

The local iso recommended for the hideing that is strong in the northwest wind of Nanki shiki, Wakayama Prefecture under Hidate Castle

The easy egging ground iso recommended for spring squid and autumn squid which can play only at low tide in the seaside iso, Wakayama Nanki Shirahama

Other fishing records are here. 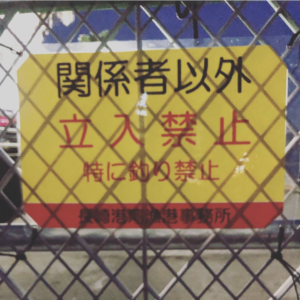